Sometimes I am a glutton for punishment. I cut down a white ash tree, split the 6 foot long logs and dried the wood , all to get lumber that followed the grain of the tree. Then later on I had to do my best to establish a straight side and edge , on a band saw , before I could joint and plane the wood to thickness and make boards , just to start the project !

Next time I’ll buy the lumber.

The legs on this desk are made of bent laminated ash with feet made of black walnut.  The curved drawers and the boxes containing them are done with a walnut crotch face. The middle draw is of ash and the top is a solid, single piece of ? ? No one seems to be sure!  It was sold to me as black walnut, but it didn’t look quite right so I have asked around and had many different opinions. It is either black walnut or mahogany and I lean toward it being mahogany. The top is 25 1/2 inches wide and about 6 feet long.

Most of the structural strength for the table is in the joinery that exists where the leg , drawer and top come together. There is so much going on in this area that I was having a hard time to draw it out , it would have taken many layers of plans due to there are joints in front of joints as a person looks at the piece from front to back.. So, instead, I just made a mock up of the joinery and according to Garrett Hack (a mentor and expert furniture maker) I nailed it on the first try .

That made up for spending all of my time making the lumber!

Kudos for finishing, because I can imagine how complicated it was to pull off. The curved dovetails are sweet. Interesting design that keeps my eyes intrigued.
Garrett Hack


Warning: count(): Parameter must be an array or an object that implements Countable in /home/customer/www/myrlphelps.com/public_html/wp-content/themes/kalium/inc/laborator_functions.php on line 751 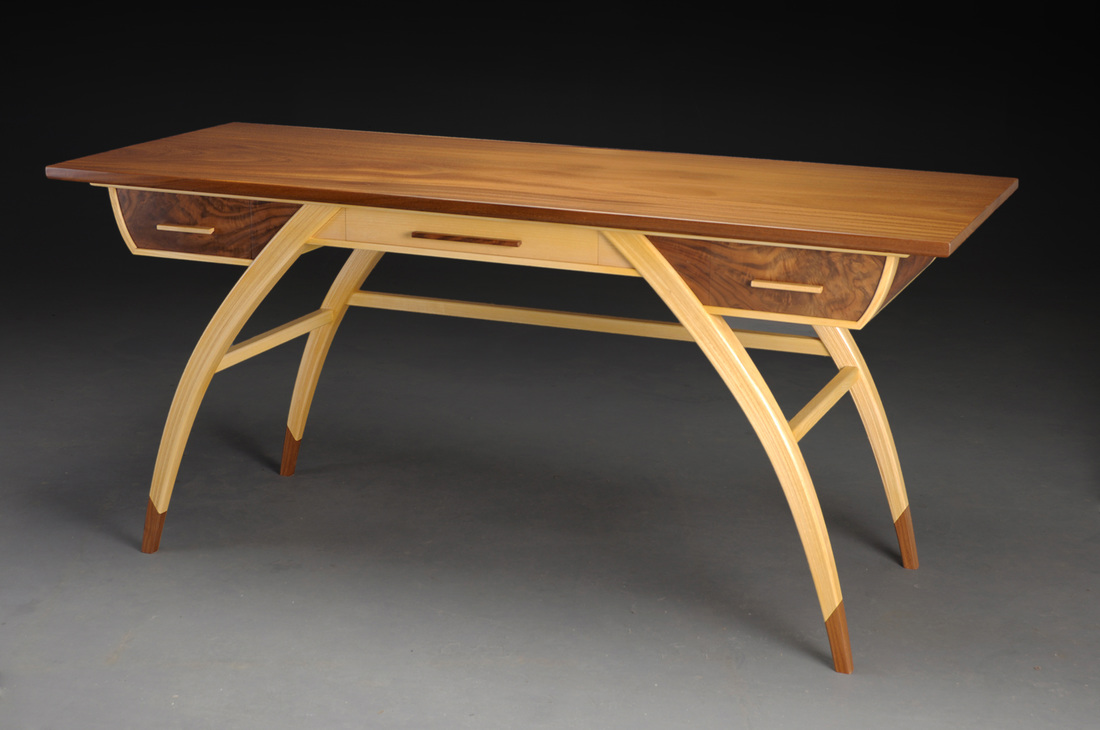 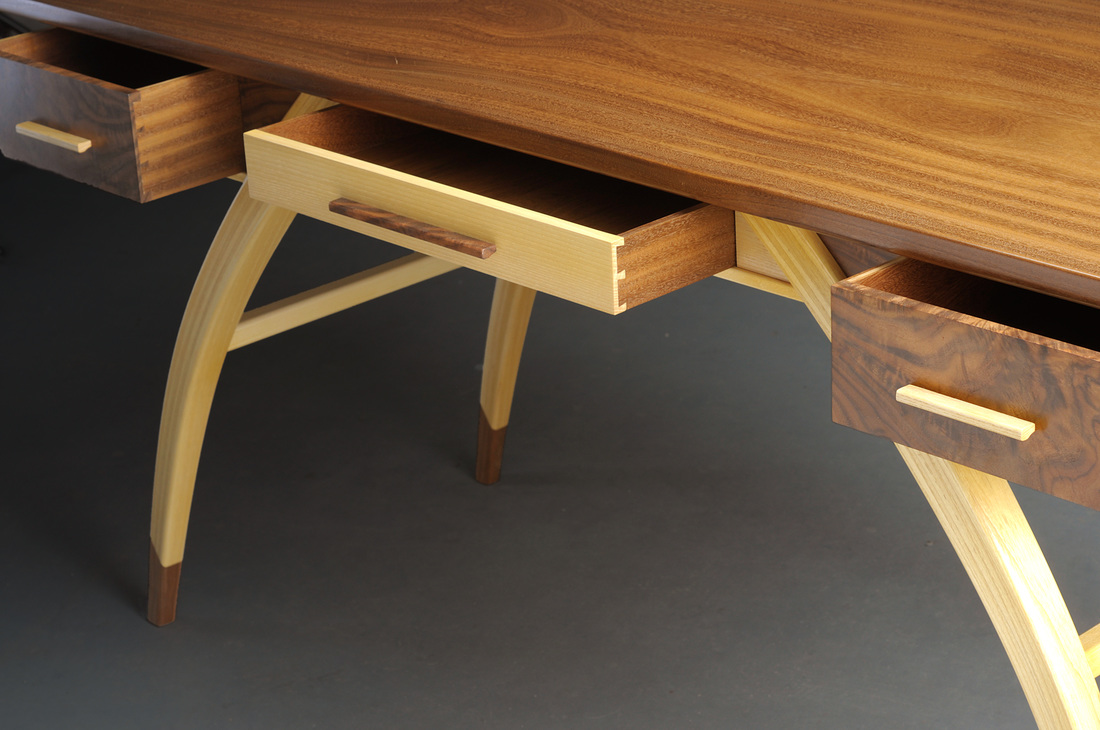 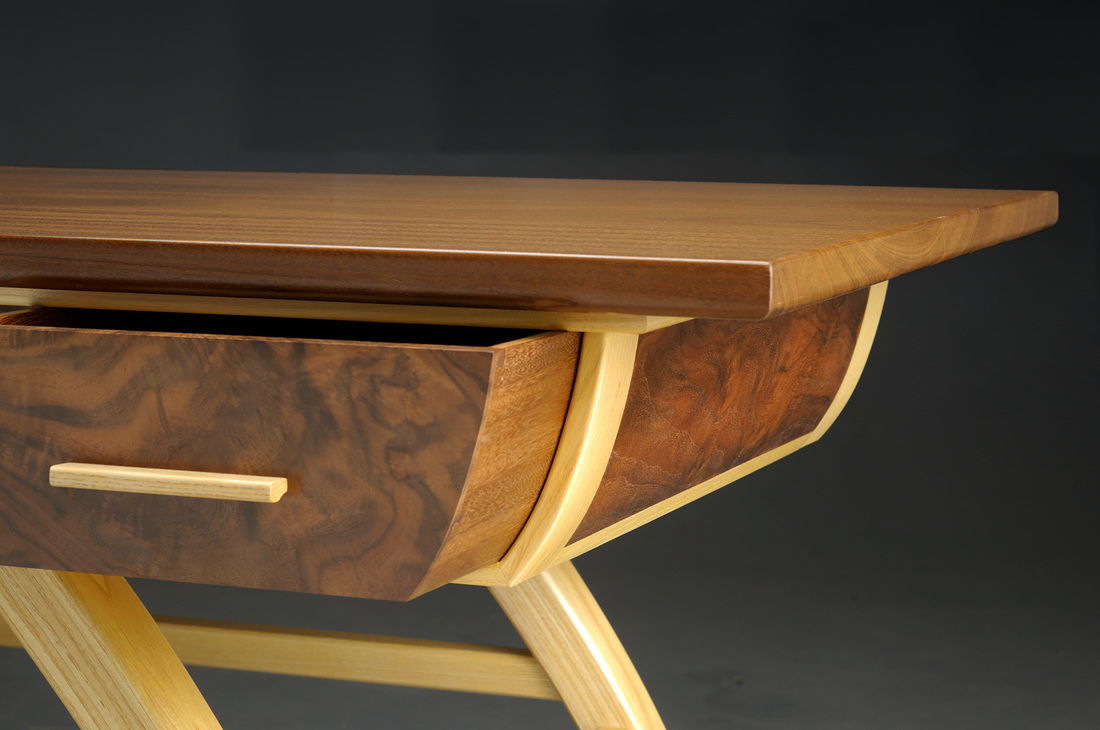 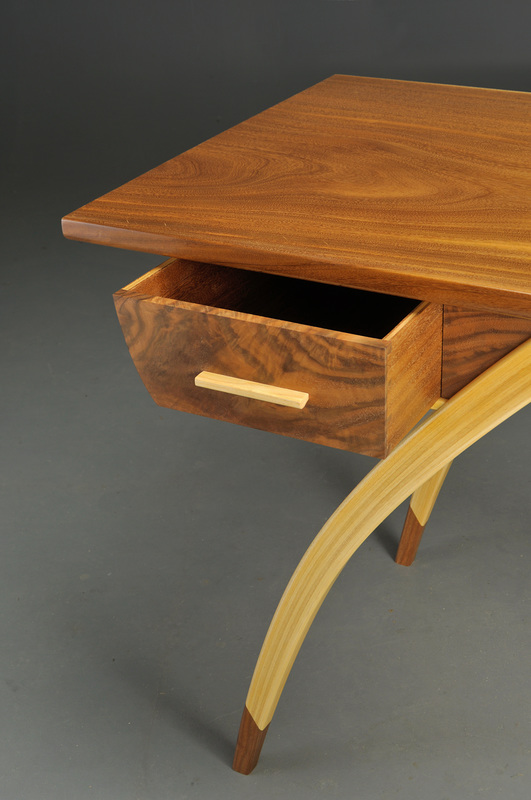 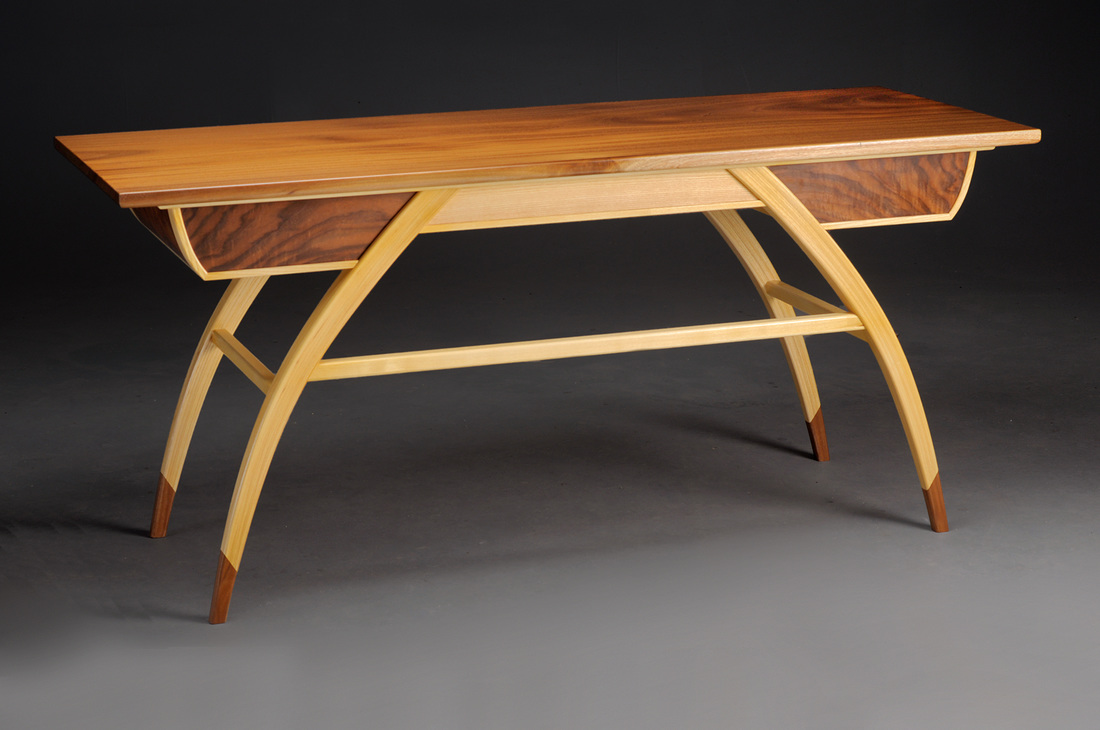