A hand carved frog for a carousel in Saranac Lake, New York.  People from throughout the country volunteered to carve animals for this carousel and I was asked to carve this using a drawing by a 14 year old boy. I added a few things, such as the “bullfrog” is holding a lilly pad with eggs on it. Once the female lays her eggs it is up to the bullfrog to watch over and protect them until the tadpoles emerge. The seat is a lilly pad with a water lilly behind that and a snapping turtle directly below , hiding under the seat. Turtles are predators of the eggs and tadpoles. In front of the rear feet are fish , also predators of the frogs. In the original picture was a chain that I turned into the story of life , with the different stages of a frogs development, starting from the eggs to a tadpole with a tail, then to having rear legs, then all legs and still having the tail, to a frog with a stub of a tail. The chain attaches to the seat as though it holds it on. The carousel animals are all indicative of creatures in the Adirondacks and were made to be informative for school children visiting the carousel. Also, on every animal are 2 ladybugs for the children to have lady bug hunts. One of them is in front of the seat, the other is for you to find !

Not having enough time, the painting was by someone else.

For more information go to:  www.adironackcarousel.org.


Warning: count(): Parameter must be an array or an object that implements Countable in /home/customer/www/myrlphelps.com/public_html/wp-content/themes/kalium/inc/laborator_functions.php on line 751 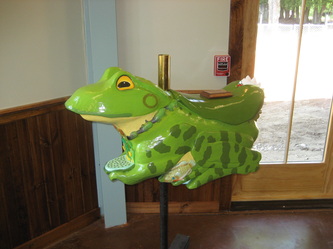 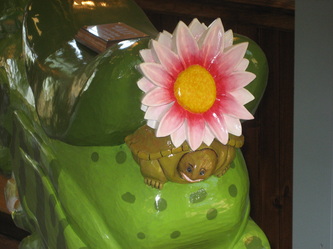 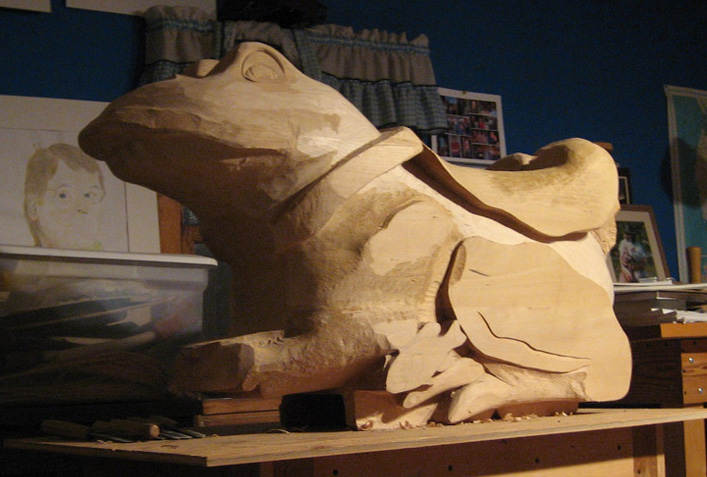 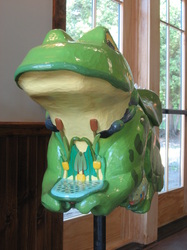 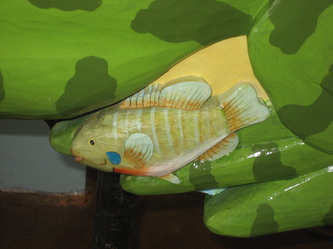